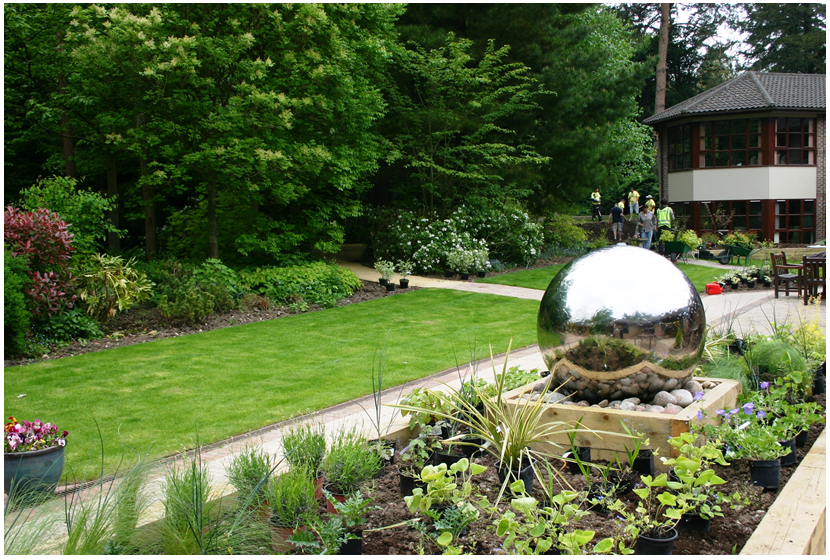 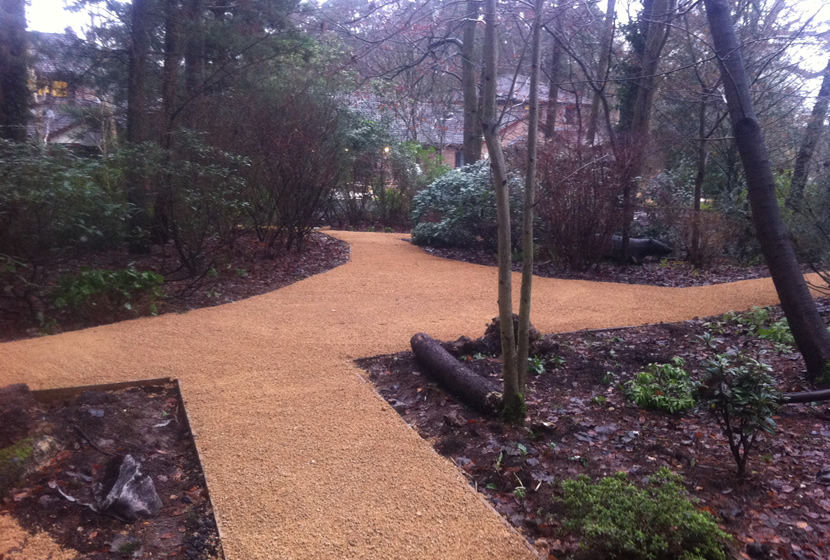 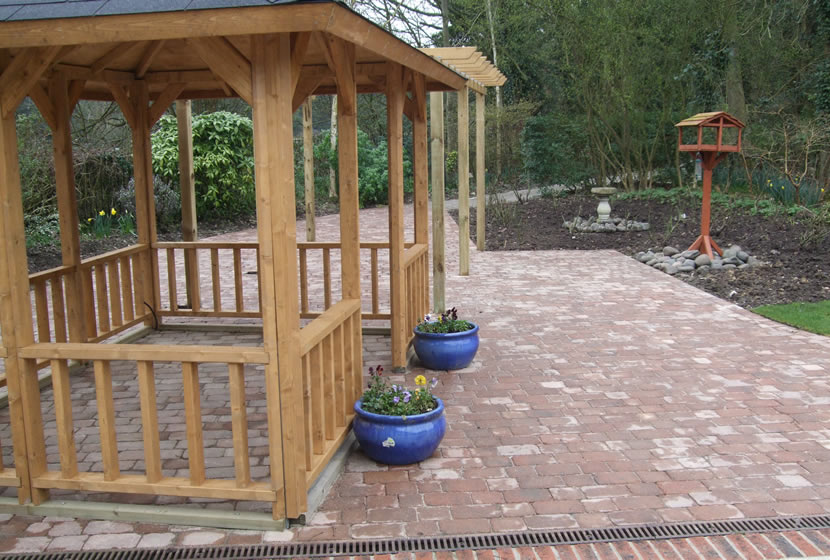 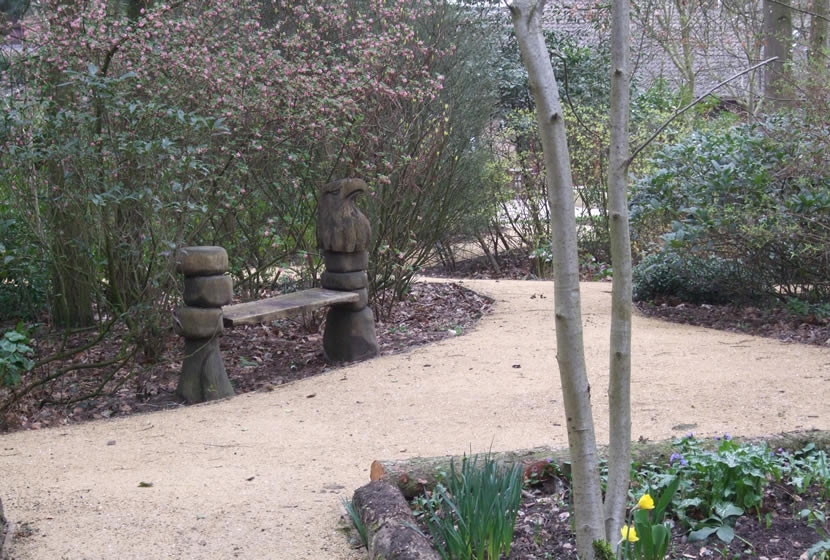 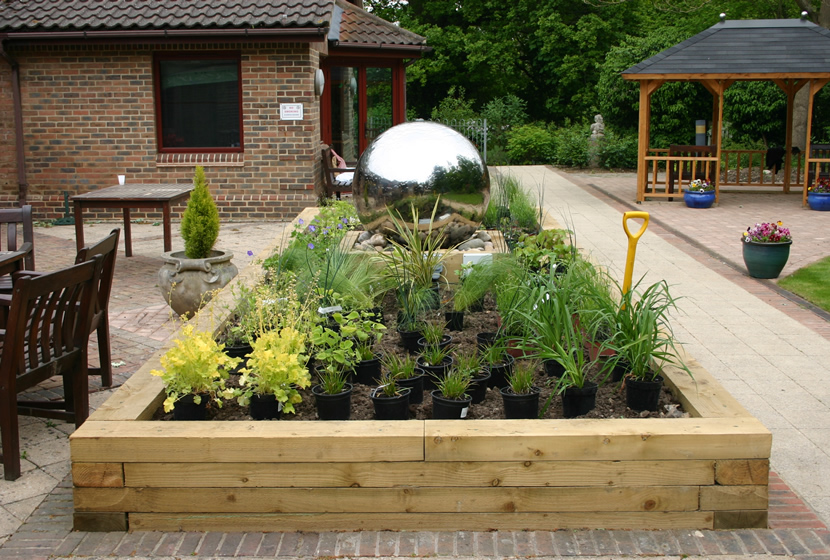 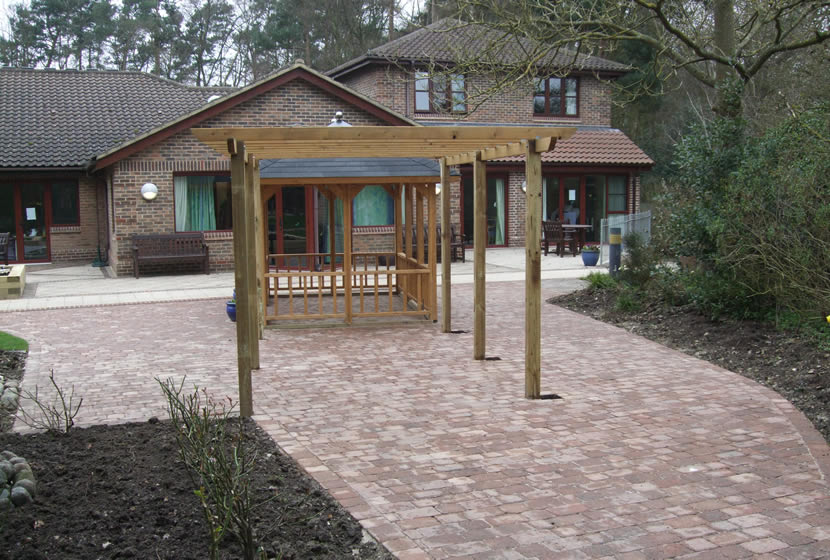 St. Nicholas Hospice provides practical, medical and spiritual support to local people and their families living with life threatening illnesses. ELD was able to offer the Hospice a £1,000 charitable donation of ‘free consultancy time’, as part of their 10 year Anniversary Celebrations in 2009.
Following initial designs, ELD was later commissioned to develop detailed proposals, tender and contract management for improvements to their extensive grounds. The brief called for a renovation to paths; increased wheelchair and bed access through the woods and gardens; a new terrace, inclusion of a pergola and ‘smoking room’ for patients; a new water feature and raised border for vegetable growing to promote exercise and well being.
The Hospice benefited from ELD’s supervising eye over a team of volunteers, who assisted with the final planting up of the scheme which was completed in May 2011.